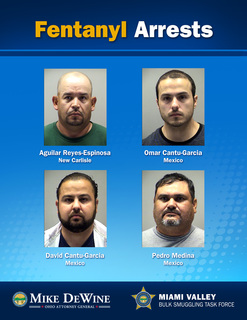 The following four suspects were arrested on drug charges:

Authorities arrested the suspects after gathering evidence indicating they were allegedly involved in narcotics trafficking. As part of the investigation, agents conducted a series of traffic stops and searched a residence on Prentice Drive in New Carlisle.

A large amount of marijuana and more than $100,000 in cash were also seized as part of the investigation. 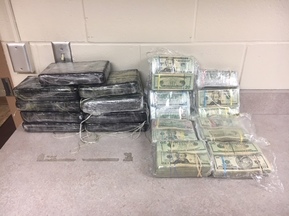 "We are certain that this investigation has saved lives by stopping this poison from getting to the streets and into the hands of those fighting addiction," said Ohio Attorney General DeWine. "Each day, my office and law enforcement agencies across the state are fighting hard against the drug epidemic, and we must continue to press forward in the battle against the drug cartels.